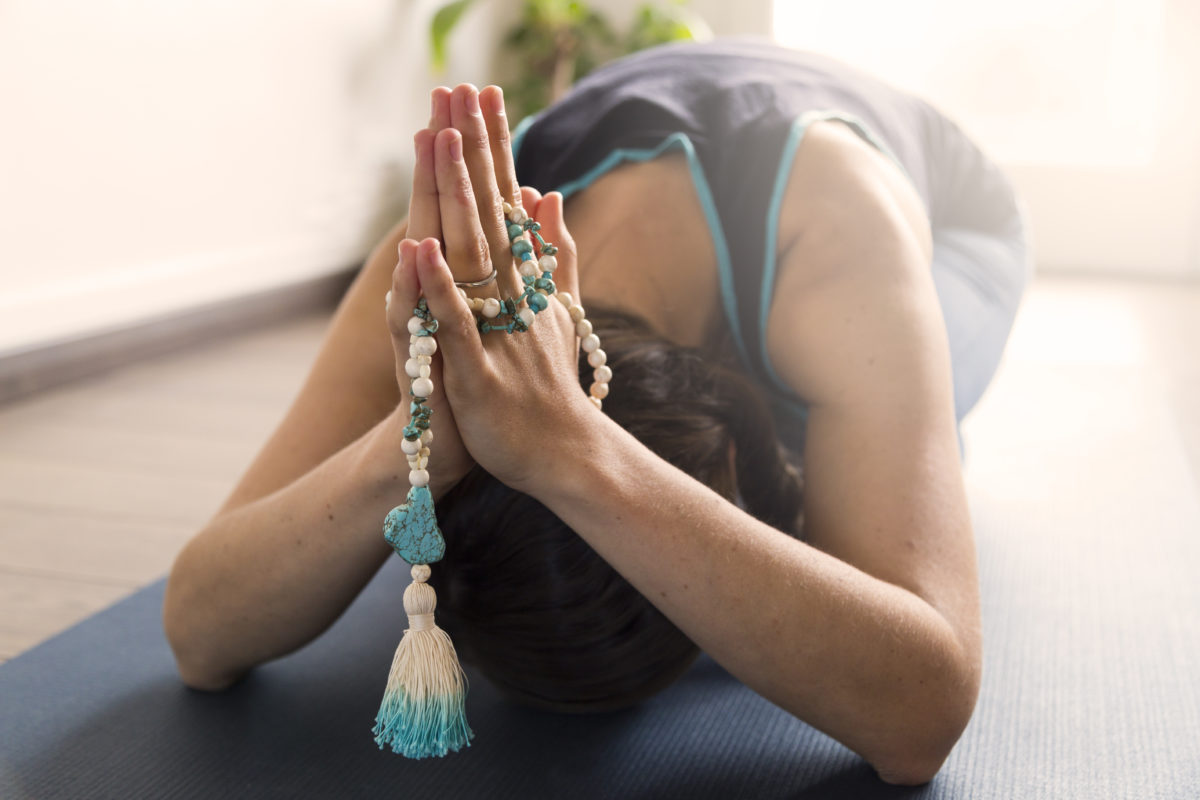 A few weeks ago in Elizabeth’s Tantra Yoga workshop, students were guided to practice chanting using a mala. We see them all the time associated with the yoga practice, but it’s not often that we are offered the chance to use them in a supported way such as a workshop. Naturally, one of the questions that came up was what exactly is a mala and how do we use it?

Malas are also known as prayer beads, and many religions and traditions use a variation of them in their 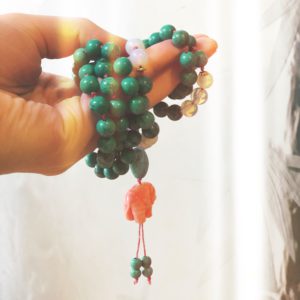 respective practices. “Mala” is Sanskrit in origin and means “garland” or “meditation garland.” They are used specifically in the yoga practice as a way of keeping track of the number of times a mantra is repeated either verbally or mentally by a practitioner in a form of meditation called “japa.” After each repetition of the mantra, you advance your finger forward one bead. There is a larger center bead/tassel/adornment known as the “guru bead” that you can use to count from to keep track of where you start and finish. In this way, you can focus on the mantra and meditation practice without being distracted by counting. Also, many people find that the tactile quality of clicking the beads through your hand can aid the meditation practice as well.

Malas are traditionally made with 108 beads (plus one for the guru bead). Why 108? This number is often seen in both yoga and Hindu practices. There is not a firm consensus on the exact significance of 108, but the number comes up often, such as  the existence of 108 pithas (sacred sites) throughout India, 108 Upanishads (Hindu religious texts), and 108 marma points (energy points on the body, similar to acupuncture points in Traditional Chinese Medicine). At times of transition, such as an equinox, it can be an especially potent practice to perform 108 sun salutations followed by a japa practice of 108 mantra recitations.

Have you practiced with a mala before? If not, defintiely give it a try, as it adds a whole new dimension to your meditation practice (as well as being beautiful works of art!). We have several for sale here at the studio, made locally by one of our students. Check ’em out!